The Battle of Brunenburh / Brunanburh

The battle of Brunenburh or Brunanburh took place in about 937 and was possibly the last great battle before the arrival of William the Conqueror.
The battle united the Angles, Saxons, Jutes and English Danes under Athelstan, King of most of England, against the Scots, Cumbrian Britons, North and West Welsh and Danish Chiefs of Northumbria who conspired with Anlaf of Dublin to invade, and replace Athelstan with their own king.
There has been speculation that Brunenburh was the Brown Rock, later known as Red Nab, which is now part of    Heysham Harbour.

‘The invaders arrived, and in order to gain time, Athelstan sent his emissaries to sue for peace. Of these two, one was killed, and the other returned to Athelstan with the news. Athelstan set up his camp in sight of his enemies at Brunenburh. Anlaf disguised himself as a minstrel, and, taking advantage of Athelstan’s love of music, entered the camp to discover Athelstan’s position with the intention of killing him, or taking him prisoner. He played all night to Athelstan, with the princes gathered there, and was given a purse of money for his pains. As he left the camp her buried the purse; perhaps his conscience would not allow him to use it. He was seen by a sentinel who reported it to Athelstan. The sentinel suggested that Athelstan move his tent. The Bishop of Sherborne arrived late and pitched camp in the place recently vacated by Athelstan, and in the night the bishop and his followers were set upon and killed by Anlaf’s men.
The battle which followed raged over two days. Many chieftains and princes were killed on the battlefield. The enemy eventually withdrew to their boats to return to their own lands’.

On the 1890s map Red Nab is at the bottom left. The area  labelled Thurshouse Sand is reclaimed from the sea and houses Ocean Edge caravan park. Banks Lane and Banks House  in the centre have been completely overtaken by the power station complex, including Heyshnam Nature Reserve. Only part of Red Nab is now visible. 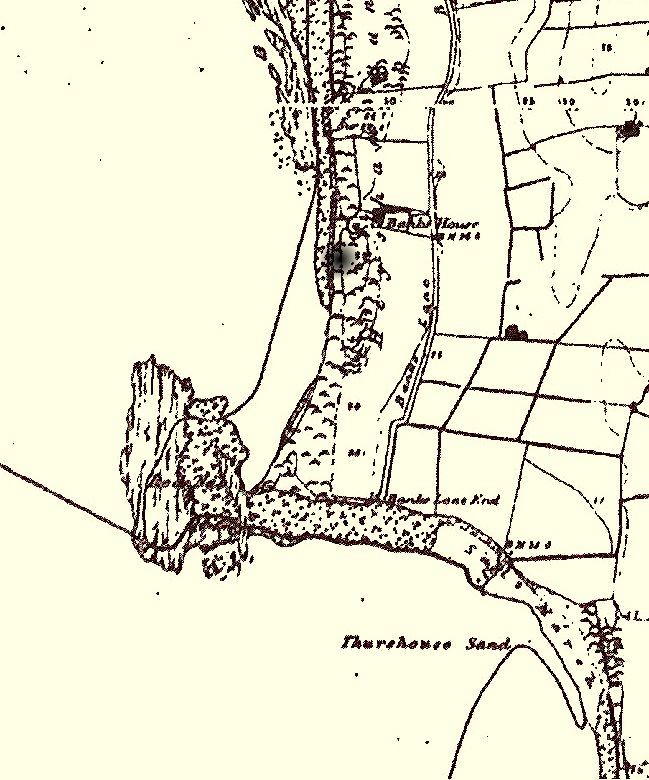 Local historian Christopher  Robson published an article  entitled
Brun and Brunanburh : Burnley and Heysham
in 2012 through the Centre for North West Regional Studies at the University of Lancaster. To download a copy  click here.

Return to the Heysham timeline